This describes the fixes I made to my Apple II rev0 replica.

The rev0 video generation is pretty dirty and was fixed in subsequent motherboard revisions. 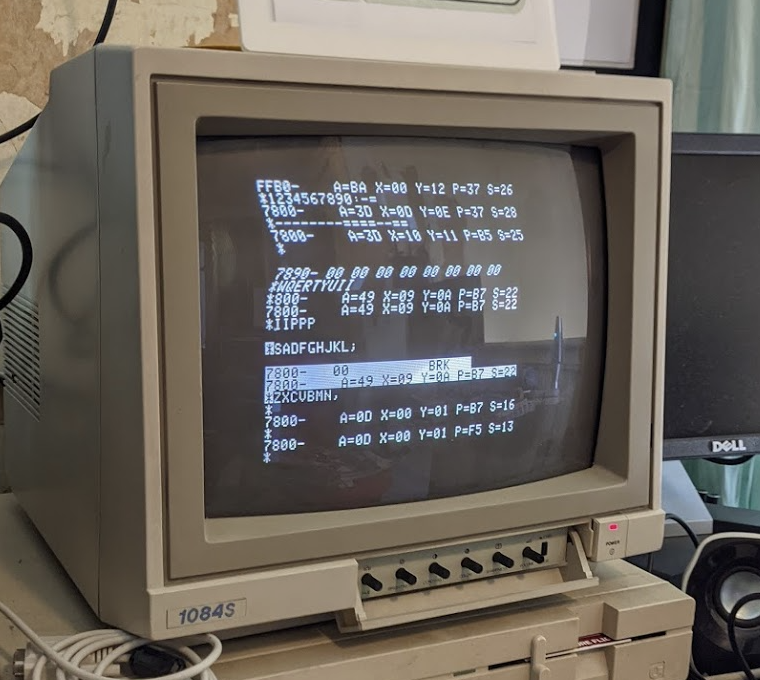 And here’s how it looks afterwards! 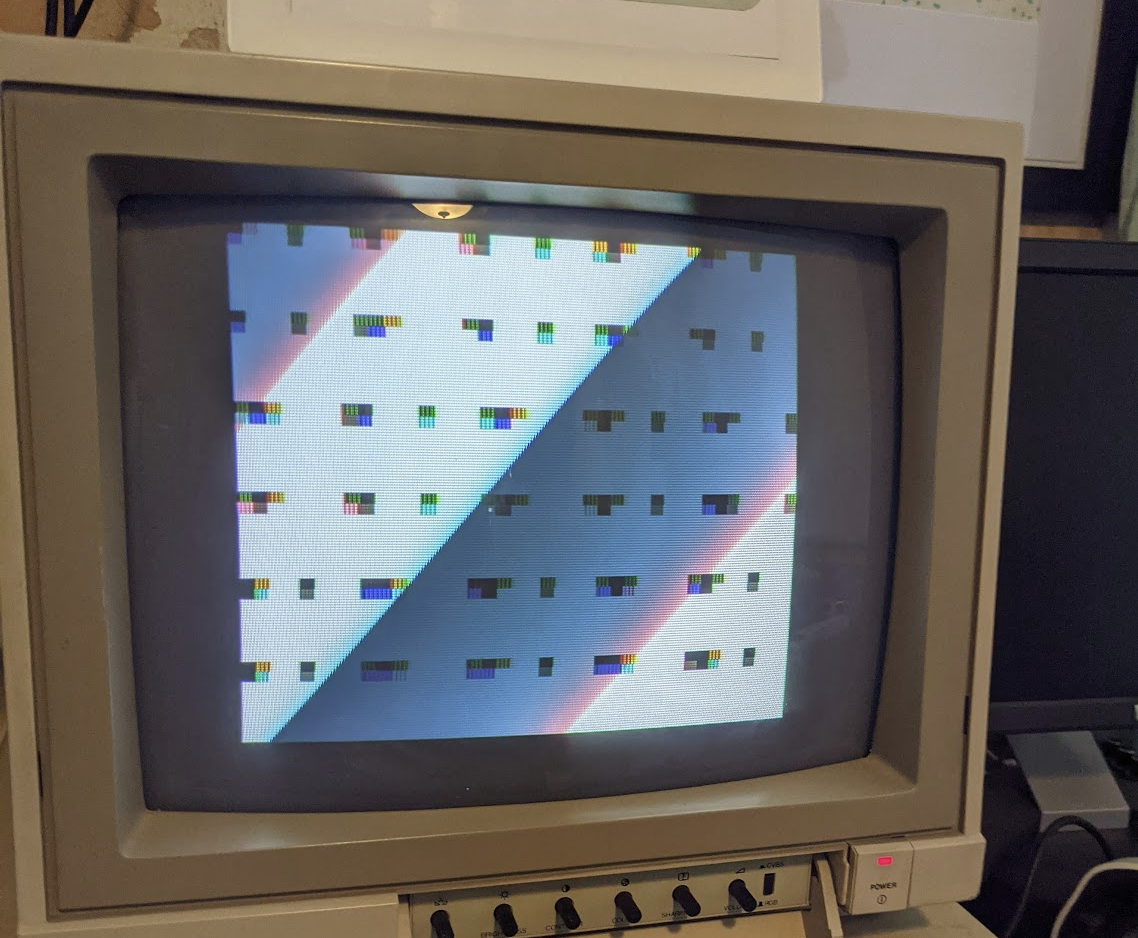 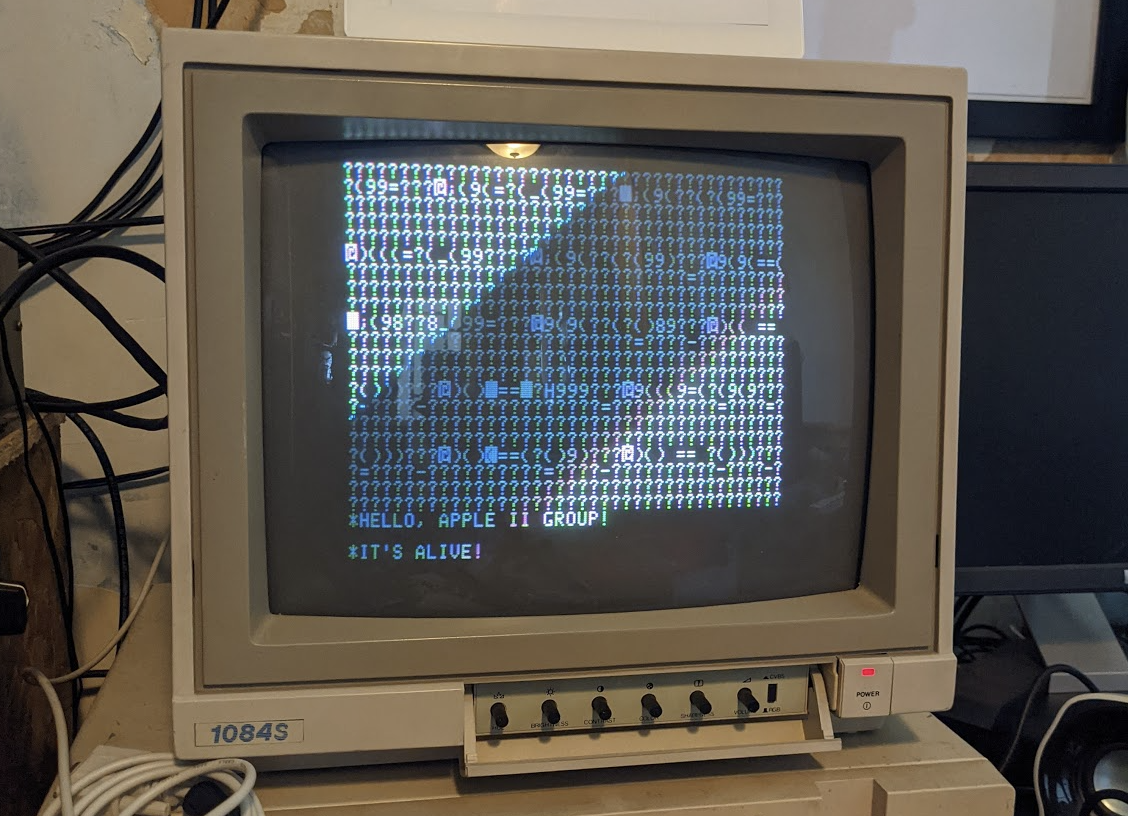 This is based on Mike Willegal’s work Here. The schematic changes work fine, but the instructions are a little difficult to follow if you can’t follow schematics very well.

Wiring the top of the board

There are four wires to place on the top of the board. These go between the lifted up pins on C11/C13 to the newly installed IC at B14.

Here’s how mine looks after the top wires are done: 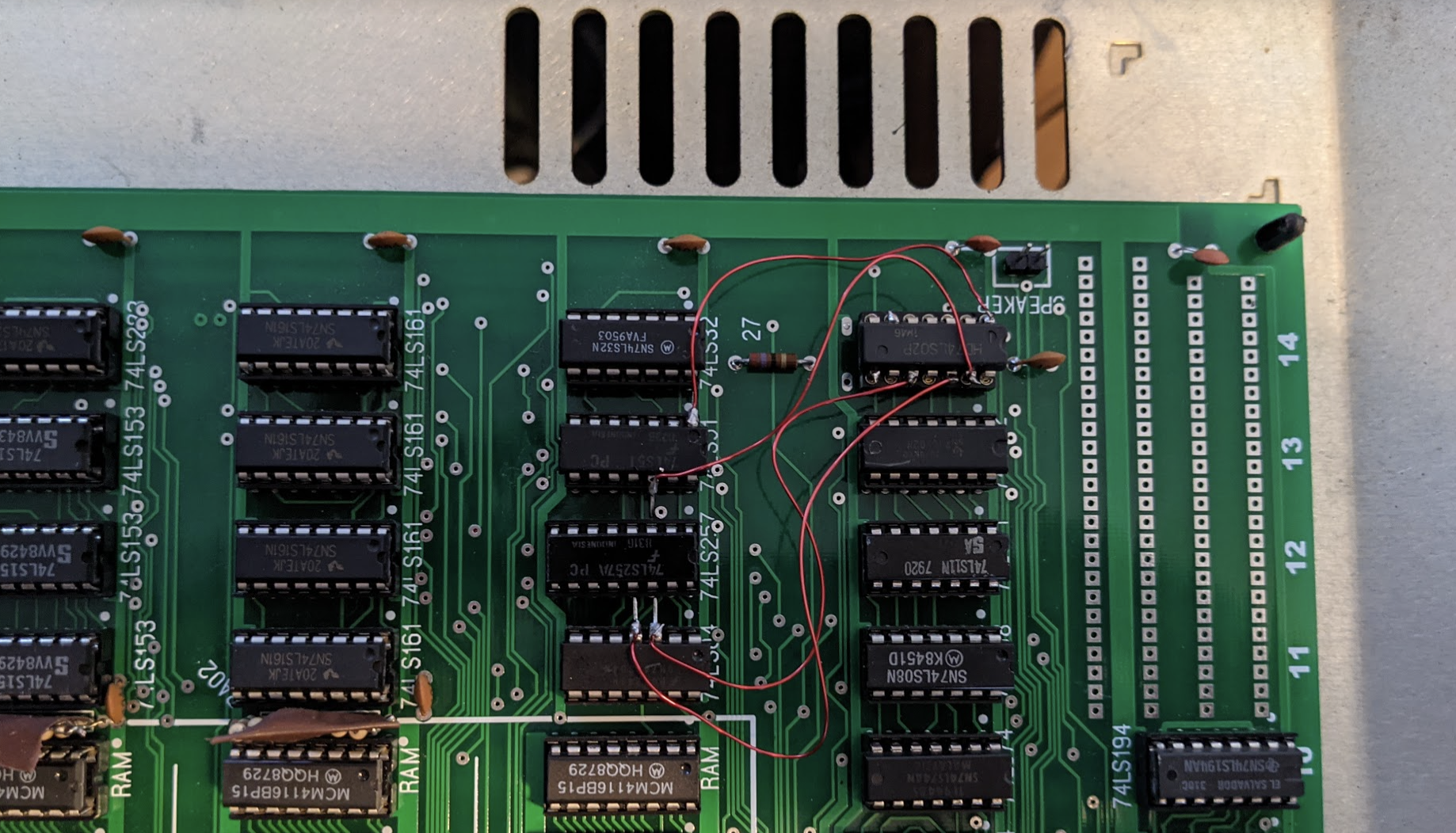 Wiring the bottom of the board

Now, the rest of the wires are on the bottom of the board. This gets a bit tricky because the top has the silk screening, so I suggest you use a sharpie to mark the following ICs:

Then the wiring is what’s on the “improved video generation mod”, but as I said above, unless you’re paying attention to the schematic you may not realise there’s one wire between gates you need to make on the bottom of the board!

So! The new signaling wires needed are:

Then, you need one final wire to link:

This is a spare NOT gate in C11 on the Rev0 board that is pressed into service here.

And, that’s it! Now the picture quality should be markedly better!

Here’s how the bottom of my board looks after the mod: 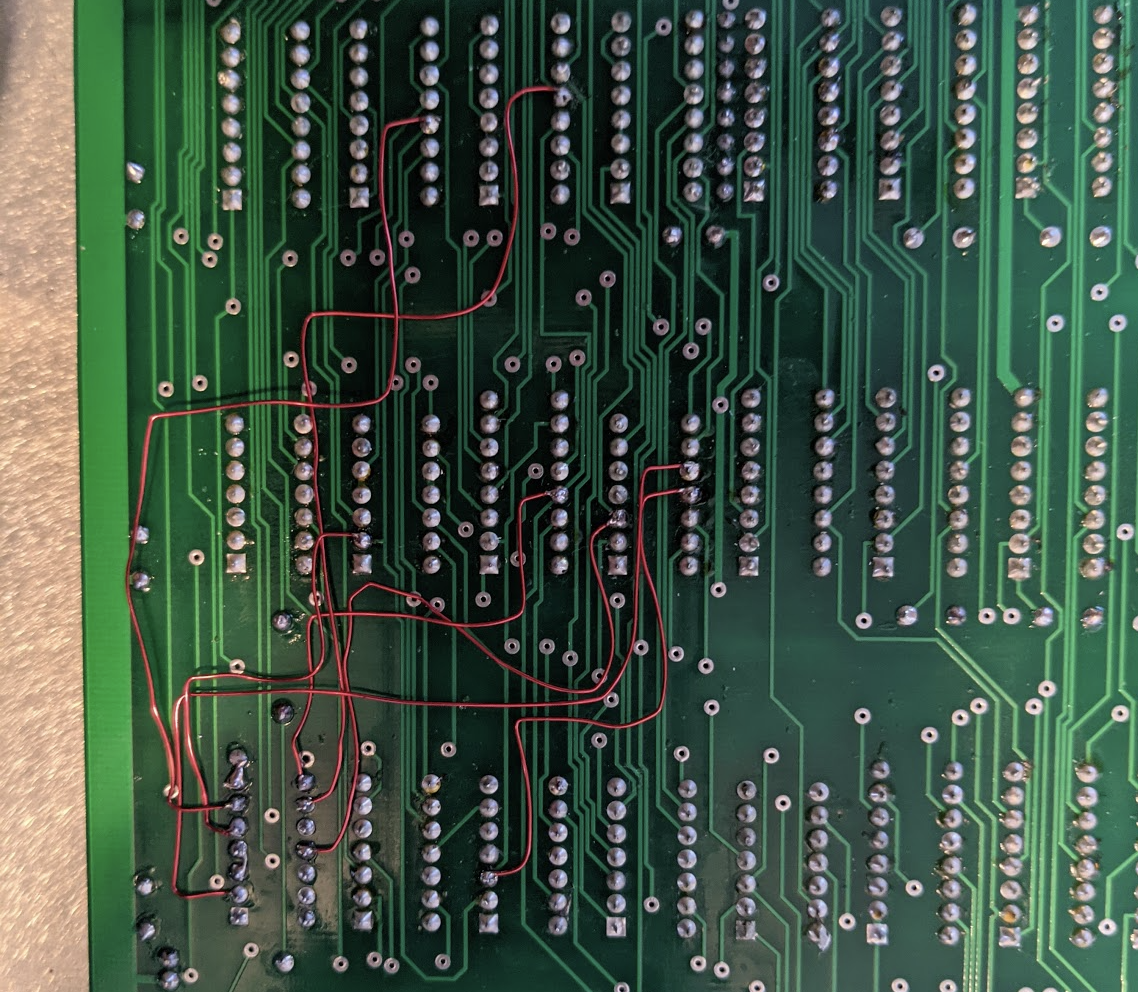